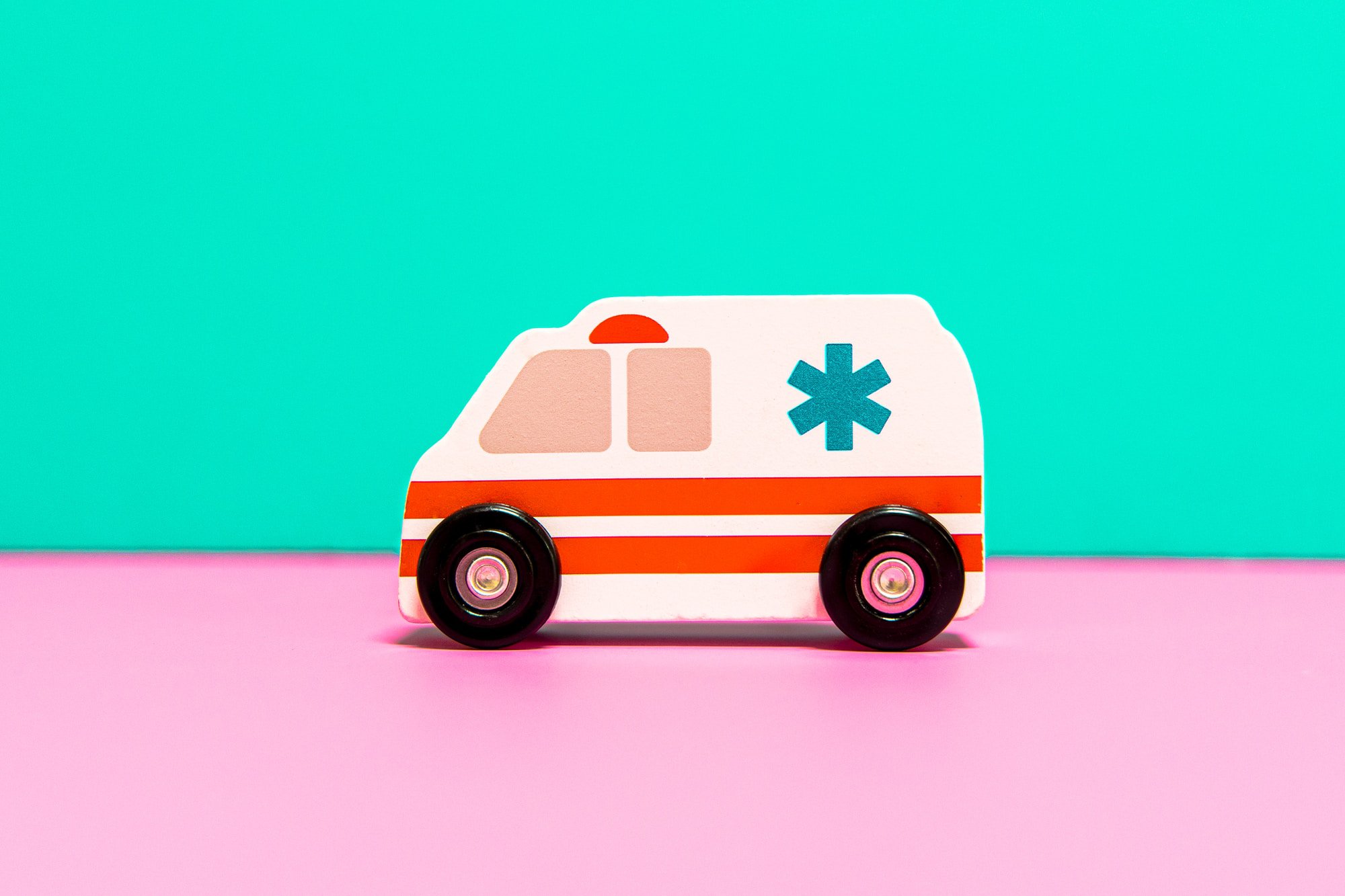 Triage and AI: Would You Let An AI Rate Your Degree of Medical Urgency?

Have you ever wondered if your self-diagnosed symptoms warrant a visit to the hospital immediately or a visit to the GP when you can get an appointment? Or wondered how medical professionals in emergency services decide which patients to assist first? These are both questions pertaining to the prioritization of care and resources in a medical environment. Healthcare professionals, and hopefully in the near future, assistive AIs, address these questions with the application of triage.

Originating from the French word, ‘trier’, meaning ‘to sort’, triage is the process of prioritizing limited resources to achieve the greatest possible benefit. Its main purpose is to objectively assign priority to patients based on measurable parameters and the presence of key facts in the patient's history. The allocation of patients into priority groups allows for the most efficient utilization of available resources.

Triage is mainly applied in emergency services, particularly when health services are overloaded, such as in situations of mass casualty or natural disaster. A five-step approach is followed in order to categorize each patient into one of five priority groups. The five-step approach is outlined below:

The outcome of these steps will allow the medical professional to allocate the patient into one of five groups of decreasing priority levels. These allocations range from red to green and have target times ranging from immediate to less than 4 hours.

Application of AI to Triage

Aside from its ‘traditional’ application, triage can also be applied in a pre-hospital setting as well as in radiology. The former is used particularly for the determination of whether a patient's symptoms justify a hospital visit or self-care, while the latter can be used to prioritise urgent medical imaging studies. AI has been used for these applications and has the potential to add significant value to patient prioritisation. The application of AI to these particular use cases is discussed below.

The application of AI to emergency service triage has significant potential to further expedite the overall process. This involves the utilisation of machine learning models to perform triage using patient data to determine whether the patient requires hospitalisation or not. This can lead to patients being sorted quicker, which in turn might lead to more patients being treated.

“Initial triage at any stage of the Emergency Care System (ECS) has become challenging due to the increase in patients with varying levels of acuity. Patients in a modern ECS have complex needs, which can often span mental health and social care.”

A study performed in 2020 performed a systematic review of sources that utilised AI models to triage the acuity of patients entering the ECS. The study found 92 models from a variety of countries including the USA, Korea, Australia, Spain, India and Malaysia. These models ranged from logistic regression (36 models), tree-based methods (23) and neural networks (20) as well as SVMs and Bayesian models. The three main outcomes of the models were found to be 1) whether the patient would be admitted to hospital (53 models), 2) the critical care outcome of the patient (28 models), and 3) predicting existing triage structures (9 models).

The study reported the AUCs of each of the models. For those that predicted whether the patient would be hospitalised or not, neural networks and tree-based methods had an AUC of 0.81 with IQRs of 0.80-0.84 and 0.79-0.82 respectively. For those models that predicted the critical care outcome of the patient, it was found that deep neural networks performed with an AUC of 0.89 (95% CI 0.88-0.89) compared to logistic regression that performed with an AUC of 0.87 (95% CI 0.86-0.87). Finally, the study reported the accuracies of the models used to predict triage level outcome, however, stated that these accuracies are likely to be biased.

Utilisation of wearable devices for triage

A study published in 2018 investigated the use of wearable devices to perform triage in an emergency situation, such as a mass casualty incident, without the need for medical personnel. This was performed with the creation of a consciousness index. This index was used together with patient vital signs to predict patient survival. The model was trained on 460 865 cases obtained from the national trauma databank. Among the dataset, 3.9% of cases did not survive, while the other 96.1% did.

Triage can also be applied in a diagnostic environment, specifically with the use of online symptom checkers. Patients can be classified into different priority levels based on their existing symptoms and medical history. Thereafter, they can be directed to either self-medicate or admit themselves into hospital depending on their severity.

An investigation performed in 2018 sought to evaluate the accuracy and safety of an AI-powered triage and diagnosis system. This was performed by means of an experiment whereby identical clinical cases were evaluated by an AI system (Babylon AI) and human doctors. Diagnoses were made by each party and were evaluated by an independent judge that was blinded to the source of the diagnosis.

Results indicated that the AI-powered triage tool was capable of operating with a diagnostic performance comparable to that of human doctors. The AI performed with an average recall, precision, and F1-score of 80.0%, 44.4% and 57.1% compared to those of the doctors which were 83.9%, 43.6% and 57.0%. Furthermore, when compared to the results of the independent judge, the AI triage tool generally provided safer triage recommendations. This was paired with marginally lower appropriateness (90% compared to 90.5%) – meaning it does not react over-pessimistically.

In general, the study states that the AI performed as well as human doctors in patient triage. They do indicate, however, that the results cannot be directly translated to real-world application. This is due to the bias that was introduced by limiting the diagnosis of human doctors to only selected diseases that were modeled by the Babylon AI tool. This was done in order to ensure the blinding of the third-party judge.

In radiology, a trained radiologist is required to analyse the results of each radiograph and produce a written summary report. It is understandable that these individuals suffer from a significant workload and have patients with different levels of severity. Therefore, the radiographs of some patients are of a higher priority than others. These include patients at risk of cancer, for example. It is imperative that these patients’ radiographs get processed as soon as possible in order to prevent the delay of their treatment.

The application of NLP and computer vision to radiology has the capacity to identify these radiographs and move them up in priority level. This will ensure that the radiologist can process the high-priority scans first. In this way, triage is performed on the scans to ensure that those patients that urgently need assistance are tended to first.

Triage is the process of prioritisation to ensure the optimal utilisation of resources. There are existing methods of triage that are used particularly for emergency medicine and pre-hospital medicine. The application of AI to these environments can significantly reduce the rate of allocation, improving the overall process. There is also the capacity for the application of AI for triage in radiology. This will allow the prioritisation of radiographs based on AI model evaluation. These applications can optimise the time of medical professionals and lead to the processing and assistance of more patients. It is imperative, however, that the ethical and safety impacts of these technologies are deeply considered before they are implemented.