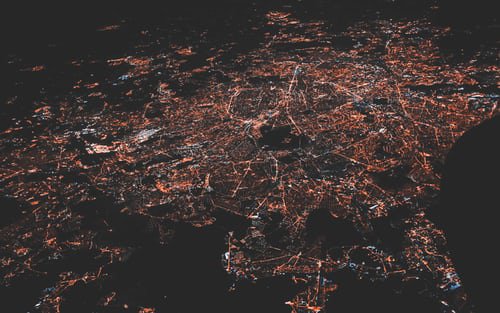 The Science of Contagion

Learn how things spread, from viruses to tweets in simple contagion events.

Contagion characterizes a plethora of processes in the world around us. Social relations are fundamentally defined by the spread of information, norms, and culture. Therefore, understanding the principles of contagion in a population sheds light on why certain entities become popular, why viruses spread with great ease, and how these spreading events can be supercharged or hindered.

This article is the first installment in a series that explores different types of contagion and the principles that underpin them. Mainly, we deal with simple/viral contagion in this introduction.

As social media becomes more prevalent, information on social networks will become increasingly quantified. Social network analysis has allowed data scientists the ability to analyse network topology. By understanding the principles of contagion, a data scientist can glimpse into the dynamics that a network may generate through its topology.

This will allow for better insight in informing the best strategy: either to cause something to spread or to hinder its contagion.

Although viruses are the principle notion when dealing with simple contagion, they can be characterised by many other spreading processes, such as the spread of memes, tweets, news, and marketing.

The main principle that underlies simple spreading events is once off contact. This implies that a single incident of exposure from one source can spread the entity. For instance, being exposed to a single sneeze from an individual can cause influenza to be spread. This once off exposure is what makes the contagion simple.

This single exposure is further characterized by a reproduction number (R), which essentially measures how the simple contagion will propagate through a population.

To understand this, the acronym DOTS is most apt. The spreading event will be determined by the:

· Duration an individual is activated

· Opportunities that an individual has to spread the entity

· Susceptibility of the inactivated individual to the spreading entity[LK1]

Let us use the spread of a virus as an example. The average number of people that the virus will spread to, from a single infected person in a population (reproduction number) is characterised by:

· How long the person is infected (the longer the period, the greater the opportunity to spread the disease).

· The number of opportunities they have to encounter infected people.

· The ease at which the disease is transmitted when in contact with an infected person.

· Once all of the above are satisfied, the susceptibility of the uninfected person to the disease plays a final role (i.e. are they vaccinated?).

When fighting the coronavirus pandemic, most policy was geared towards altering opportunities of contact and transmission probability. This was done by imposing lockdowns and enforcing the wearing of masks, respectively.

A government policy cannot alter the duration of a disease (unless through medication, which has not been developed) and it cannot alter susceptibility (unless the biology of an individual is changed through a vaccine).

The Social Network and Simple Contagion

The advent of social media has increased our proximity within social networks — we are more connected than ever. It turns out that a more connected world is key to the magnitude of a simple spreading event (which is obvious). Although being more connected is important, the configuration of these connections is the most important.

To demonstrate this, see the highly connected social network below:

If we introduce associative weak ties to the population (these are acquaintances), the following can happen:

The weak tie introduced between the two networks allows the simple contagion to spread to the entire population. The simple contagion is non-discriminatory of the strength of the tie; it only requires once off contact and can be spread through weak social interactions. The introduction of weak ties allows the contagion to spread to parts of the social network that are not associated with the activated person (activation shown in orange).

A popular example of this would be the impact of influencers on their followers, which is not characterised by strong ties. They reach parts of the population with whom they would not usually associate.

3) The proportion of weak ties in a network

Quantifying the dynamics of each point in a social network topology will allow the data scientist to simulate simple spreading events or advise on the best strategy regarding a simple contagion.